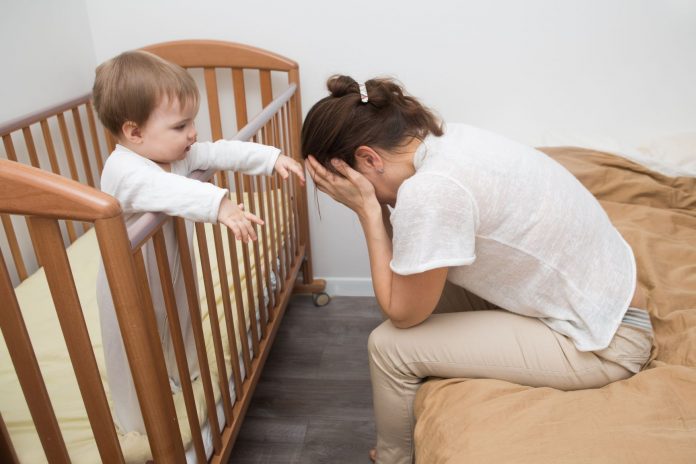 So perhaps a little background to get us started. I had depression and anxiety before I became a mother. It’s something that has stemmed from my childhood and that has manifested itself in many different ways throughout my life so far. Becoming a mother was probably the scariest and most triggering thing I’ve experienced. The fear that I, who can barely look after myself sometimes, will have another person 100% dependent on me was a big one to contend with.

What if I fail, what if I let them down?? Numerous times throughout my pregnancy I panicked and truly believed I had made a mistake and wasn’t capable of being a mum. That’s heartbreaking, and in turn causes additional guilt because the thought then turns to ‘well am I saying I don’t want my baby?’ which of course was never the case. She couldn’t have been more wanted.

So here are ten things I’d like to share with you about depression and anxiety in motherhood.

You know that old cliche with the little angel and devil sitting on your shoulder? That really is a good way to explain depression. It’s like constantly having two people inside your head arguing. It’s exhausting. One side is constantly knocking you down, pointing out all of your flaws, making you doubt yourself, reminding you of every little thing you should be doing or could have done better, while the other side is trying its absolute best to make you feel beautiful, brave, confident, at ease in your own skin, motivated and able. The internal battle really is constant. This becomes even more difficult when you throw motherhood into the mix because any new parents will tell you, and I’m sure you’ve seen the phrase thrown around everywhere, they’re just winging it. There’s no right answer, you just have to trust your gut and do what you think is the best thing for your child. So try doing that when your head can’t even decide what’s real let alone what’s best.

It’s more than being a bit sad. Depression does make me feel sad. But it also makes me feel angry, frustrated, agitated, hopeless, lonely, tired, lost, confused. It makes me feel like I’m attempting to move through thick fog. It does make me cry. But it also makes me hide, throw things, withdraw and push people away, have little patience, let myself go, neglect my house and chores, eat too much or eat too little, make poor decisions, even hurt myself at times in the past.

The paranoia is real. It’s more than just doubting myself, it’s doubting everyone else; thinking people are talking about me, no one likes me, the people that do like me don’t mean it or are using me for something else. It’s the fear that something is going to happen to me – a bad headache could be a brain tumour, chest pains a heart attack. A short train ride might derail. Someone walking behind me might mug me. Or to the people I love! My husband popping to the shop might crash and die. Or the shop could be robbed at gunpoint. My daughter, sleeping innocently in her bed may not wake up in the morning – maybe her blanket isn’t suitable, her room is too hot or too cold. And this is the biggest one – am I a bad mum? Am I doing enough? Do I play with her enough, feed her the right things, give her enough to drink, change her nappy often enough, love her enough? Am I enough?

Even when you know that these thoughts are unlikely and sometimes completely illogical, I can’t stop them. It is so tiring being so fearful most of the time. And at times crippling, because the paranoia and fear often trigger panic attacks.

Let’s start a new number for panic attacks. I’ve been guilty in the past of throwing this phrase around. Perhaps I couldn’t find my phone and “had a panic attack” for a second there. We’re all guilty of it sometimes I’m sure.

But it’s really no joke. The first time I had a panic attack I thought I was actually going to die. I could not breathe. It felt like my chest was in a vice and I could not catch my breath. I was dizzy, my vision went fuzzy and the more I tried to breathe, and found I couldn’t, the more I panicked and the worse it got. It took 40 minutes to come out of that first one. My second one was 10 minutes later when I began to panic that I may experience that again. Boom.

I’ve lost count of how many I’ve had now. Sometimes they’re triggered by things that make sense – having a row with my husband for instance, it doesn’t happen often but when we do row, we’re pretty fiery. Other times there seems to be no reason at all. I once popped to the loo at work and the next thing I know I’m on my knees in the bathroom, unable to breathe. Nothing happened. It just hit me. I even fainted with one once, in the middle of a busy platform at the train station. That was cool. Not. (Although a lovely lady did buy me a tea in Costa!) More recently it’s those thoughts in the middle of the night that something could happen to my daughter that trigger them. Having to be away from her triggers them. I returned to work after maternity leave and having been back six months I’ve already had to cut my days down from three to one because of the impact being away from my child, was having on my mental health. That in itself triggers another whole cycle of crap – I’m not contributing enough financially, I’ve let my colleagues down, I’m weak, I can’t cope – you see, constant.

I take medication to help me manage my depression and anxiety. Accepting that medication was one of the most brave and also most shameful things I’ve done. Admitting to yourself that you need help is hard. Admitting, out loud, to another person is so much harder. It means it’s real. And all of those things we’ve just discussed – the paranoia, the fear, the inner judgement, they all come rushing back. What on earth is that person thinking of me? So yes, brave for doing it, but ashamed for having to admit I was broken.

And then when it came to having my daughter the plot thickens further. We all know everything we ingest is passed to the baby; there’s a reason we don’t drink alcohol, do drugs, smoke. So I couldn’t possibly be taking strange, strong medicines; I stopped my medication. Only coming off antidepressants, cold turkey, doesn’t work. You fall apart. Being pregnant and falling apart doesn’t work either. So I then had to work along side my GP (who was so wonderful and supportive!) to instead lower my dose to make it as safe as possible for my baby while maintaining my own well being. Because at the end of the day, the baby needed a mother who could look after us both.

The amount of judgement I faced from medical professionals for still being on my meds while pregnant astounded me, and still does astound me in fact. It doesn’t help a first time mother, with mental health struggles, to bluntly let her know she’s putting her baby at risk and that said baby could be born with all kinds of defects. Thank you lovely midwife.

To top it off you can throw into the mix the fear that if people know I’m broken then maybe they’ll think I can’t look after my daughter, that I can’t cope, that I’m a bad mum. What if they take her away?

All of these things make you just want to hide from the world. And so, as a new mum, which is often lonely and isolating anyway, you end up in a position where you are more so. I’ve signed up for six different baby groups/classes since my daughter was born. She is now 15 months old and we haven’t been to a single session at any of them. I fully intend to go, I want to go. I just can’t do it. I know it means my daughter is missing out and that makes me feel worse but I still can’t go. And that makes me feel really crappy because I should be putting her first, and it doesn’t feel like I am at all. So maybe next time you’re at one of these sessions, talk to the new mum, talk to the quiet mum, get a tea for the mum who’s sat on her own. You have no idea of the strength it may have taken her to be there. Believe me, it would make all the difference.

Depression and anxiety are not a choice. I know too many people – my own family included – who tell me that you have a choice how to feel, that I should just “man up”, that I’m lucky to have a wonderful husband, a beautiful daughter, what do I have to be sad about?
If I could really choose how to feel and when to feel it, do you genuinely believe I would opt for this? Do you think I enjoy this? Do you think I don’t know how lucky I am? Do you not think I’m already beating myself up enough for feeling this way when I just want to be enjoying these precious moments being a mother?
I would give anything, do anything. Please, don’t tell me to “man up”. I got out of bed this morning. My daughter is happy, healthy and loved. I am doing my best. Maybe that good old saying should come into practice more often – if you have nothing nice to say, say nothing at all.

The flip side of all of this are the highs. You see when I’m having a good day and feeling well I often over compensate. I feel on top of the world and so I show it; I’m full of energy, hyperactive, care free. I talk fast, laugh at my own jokes, be silly. I spend money I shouldn’t, I dance and sing (I probably shouldn’t do that either!). The point being, I’m over the top and people don’t know how to take me then either. People judge that side of me and I come across as crazy, silly, annoying. These judgements very quickly bring me back down with a bump and so there is no in-between. For me there is no normal.

Looking into the future, it’s very likely I’m always going to be battling this in someway. I fear how my mental health will affect my child. I don’t want her ever to have to “look after” me. I don’t want her to ever know bad days or good days. I just want her to know me as her mum. Not mum on a bad day. Does that make sense? I also find myself hoping that she doesn’t witness and thus learn any of these traits from me. I don’t want this life for her. I mean she won’t have the childhood I had because I’m damn sure I won’t let that happen, so I see no reason why she should. But it doesn’t make me less fearful. 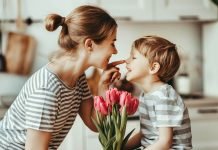 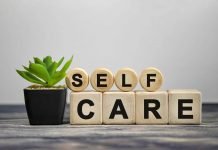 6 self care products everyone needs